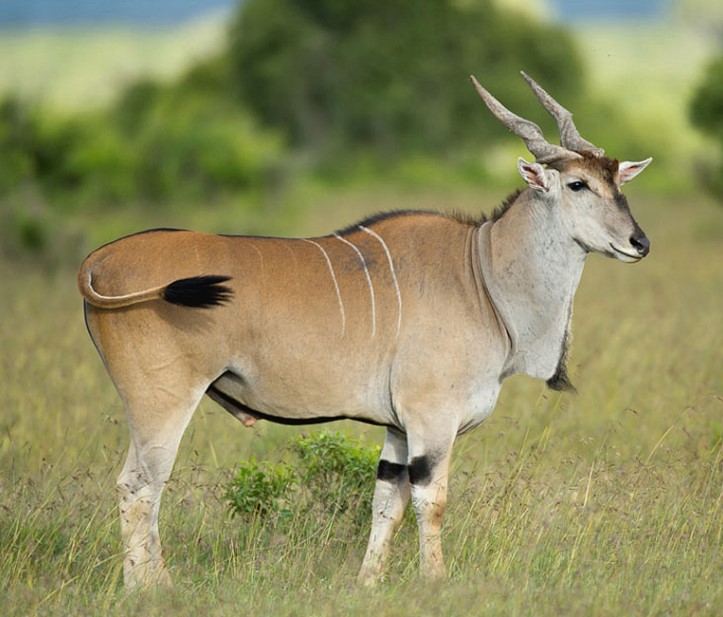 Revered in mythology by some South African tribes this ox like antelope is the world’s largest and is the most depicted animal in ancient rock carvings in the eastern part of this great continent.

It’s large size also makes it slower than most other African antelopes but maintains high endurance over most which enables it to keep a long and paced trot and could easily jump over an eight foot fence with much ease.

The horns are common to both male and females which are elegantly spiral giving them a very smart and majestic look with the mail having a tuft of beautiful black fur growing down below it neck with also the male having some hair on its forehead to give it that elegant male smartness as the animal ages.