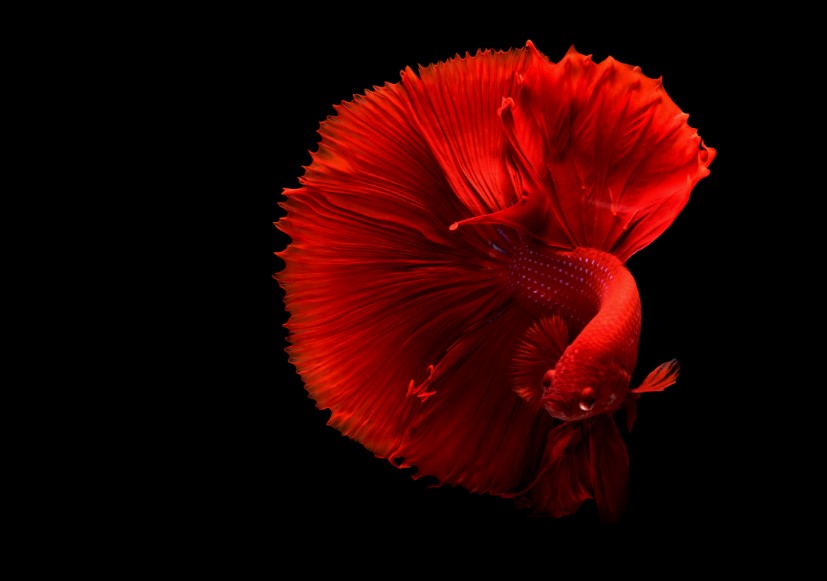 Have you ever seen an animal with red fur or just their body?

Think about the animals that have beautiful red colour on their body, can you?

It’s kind of strange to think about it because they rarely anywhere to be found in our daily life. Let’s just imagine

these beautiful creatures with the bright vibrant red colour. They must be cute and pretty!

Here are 32 beautiful red animals that you’ve might not know!

This panda is not the basic black and white panda that you’ve seen regularly. This panda has a red colour on their fur!

This cute small creature has the size around the cat that you have in your house, they are originally from southwestern China and eastern mountain ranges.

You may know this bright beautiful animal as betta fish fight and you may find this species in the aquarium store. This fish is well-known in Asia such as Laos, Thailand, Vietnam and Cambodia.

The origin of this colourful macaw bird is from South America, this huge saves still related to the neotropical parrots. However, their population is decreasing due to the environment changes.

The name of this creature might be cute but you have to be careful because they’re actually are poisonous!
This frog has black dots on their bright red body, that’s why it called strawberry. They originally are from Costa Rica and northwestern Panama. Well, you may find them around ranches.

This beautiful bird is still in the parrot family. They are originally from Indonesia, New Guinea and Australia. However, this bird is the second commonly preserve in their family after rainbow lorikeet.

This gorgeous dragonfly is still the part of Sympetrum, you may found them flying around the water or sometimes in the sea. They commonly found in the Mediterranean Island or in south-western Asia.

If you have heard the scarlet ibis short story written by James Hurst, then this is the actual bird you’re looking for!

This beautiful scarlet ibis is from South America and the island of Carribean. This is the bird of the national birds of Tobago and Trinidad.

This red crabby is originally from Christmas Island and the Indian Ocean, they are well-known as the crab who lay their eggs annually in the sea.

You may find this fish in the tropical sea around the world and also their size of this fish is around 50 cm.

This cutie red creature can be found in Mexico. Some of the countries like Japan and America have considered this creature as a family pet!

This gorgeous red dragonfly creature can be found in India.

This butterfly is also from India and other South Asian Country.

Yes, this is the butterfly with the question mark shaped “?”, you may find this red-coloured creature in North America!

This strange fish can be found near Japan, their size is around 70 centimetres.

This adorable cat has the red accent on their fur and has a shape of “M” in their temple.

This lily fallen leaves red beetle, this beetle usually eats leaves and they consider as a parasite for some plants.

The fun fact about this monkey is that they can move until five kilometres even the heavy pouring rain in the forest.

Although this is one of the family aquarium pet, this crayfish is a pest. They usually found in the warm freshwater.

This red octopus is from western Pacific sea. The strange fact about this octopus is that they usually walk with two legs holding a coconut.

This beautiful bird is originally from North America. You may distinguish the male and female through the different colour of their feathers, the female has darker red like olive and the male has a vibrant red colour.

This amphibian is from Eastern North America, this one usually becomes the family pet.

This wasp species is from Eastern America. This ant is huge and because their size can be about 2 cm, the female and can sting the cow.

This snake is also called as Oxhyropus Melanogenys. Their size is around until 68 centimetres long. They originally are from South America.

This red tomato can expand their size when they feel endanger and they would splash the poison out from their body to kill the predator.

This spiderman agama is from Tanzania, Kenya, and Rwanda. They usually live in the desert hiding between the rocks.

This squirrel is from Eurasia, they live in trees of the warm forest in around Europe or Siberia.

The fun fact about this beetle is the bright red colour is to undercover them to look like they are poison to some of the predators. You may see them in the UK with the size around 2 centimetres.

The size of this shrimp can be reached until 4 centimetres, however, the bright red colour you see is actually from the aquarium, the original colour of this shrimp is green and brown.

This mite is actually predators to some pests that you may find in the dirty water.

The size of this sea star is about 20 centimetres long and you can find them in the East Atlantic and the Mediterranian Sea.